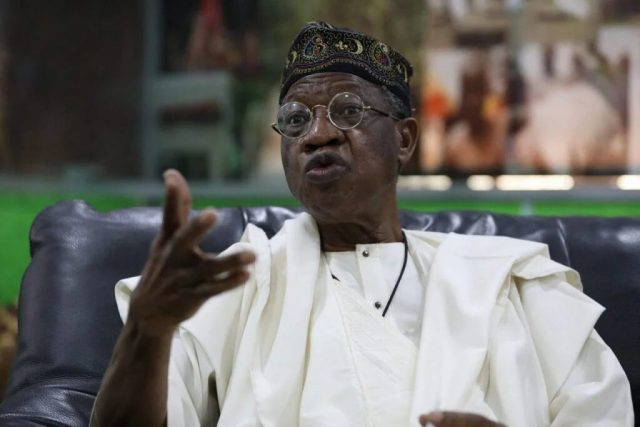 Lai Mohammed has criticized the All Progressives Congress (APC) and the assertion that the party has no platform to run for office.

In his opening remarks at the second edition of the PMB Administration Scorecard 2015-2023 series, the Minister of Information and Culture made fun of the government’s detractors.

In order to highlight the accomplishments of President Buhari’s administration, the series was introduced last month.

The second edition focused on Buhari’s accomplishments in the field of transportation.

“I want to address the opposition’s ludicrous claim that the Buhari Administration has nothing to campaign on ahead of the general elections in 2023, which I shall label as such.

“It’s a painful irony that the party accusing a government that has finished at least three standard gauge rail lines of lacking accomplishments is the party that ruled over the affairs of this magnificent country during a period of abundance but was unable to complete a single modern rail line.

In fact, there are several ways for the Buhari Administration to honor its accomplishments.

The completion of the Abuja-Kaduna, Lagos-Ibadan, and Itakpe-Warri Standard Gauge Rail-lines, as well as the commissioning of brand-new airport terminals in Abuja, Lagos, and Port Harcourt, are some of the accomplishments mentioned by the Minister.

Mohammed emphasized that the current administration has also finished building homes in 35 states and has built or is currently building roads in every state in the union.

He said that thanks to the Anchor Borrowers’ Programme, the nation no longer has to import rice to feed its people.

In contrast to the 15 standard rice mills the administration met in 2015, he claims Nigeria today has over 50 rice mills spread across the nation.

Through its National Social Investment Programme, he claimed that the Buhari administration had kept feeding more than 9.8 million schoolchildren in 36 states and the Federal Capital Territory.

According to the minister, the administration has given over 1 million adolescents more power, and another 500,000 are receiving training through N-Power.

Additionally, he brought up the conditional cash transfer, which, in his estimation, has over 1,632,480 households signed up for it.

“We are proud of the Integrated National Security and Waterways Protection Infrastructure, also known as the Deep Blue Asset, which was created to manage, control, and safeguard Nigerian waterways in order to promote coastal development. I could go on forever.

They have no problem citing economic indicators like the Naira. 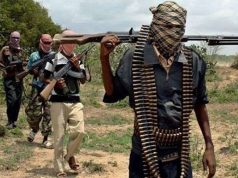 39 kids are kidnapped by bandits in Nigeria