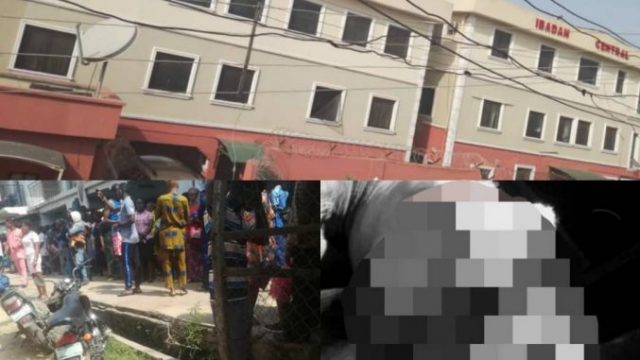 On Monday, October 31, there was some little drama at the Ibadan Central hospital in Oyo state as a result of claims that the 91-year-old woman’s corpse had been partially dismembered.

The deceased, identified as Rachel Oshuntolu, was reportedly admitted to the hospital more than a week ago. On October 30, however, she passed suddenly on a Sunday morning.

Some of the nonagenarian’s children said that they left the hospital on Sunday night about 8 o’clock with the intention of bringing the body to a mortuary this morning.

They claimed that when they entered the room where the corpse was kept, they were all shocked to see blood on the floor and some pounds of flesh missing from the woman’s forehead and arm.

The state police public relations officer, SP. Adewale Osifeso, responded to the incident by saying he hadn’t yet received a briefing on it.

To stop the breakdown of law and order, the divisional police officer of Iyaganku and his crew were on the scene.