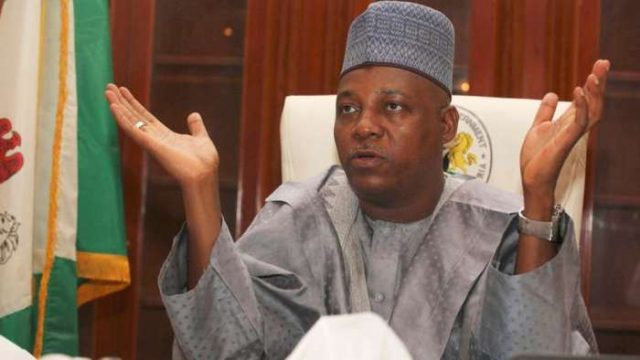 One of the most hated Nigerians, according to Bola Tinubu, the presidential candidate of the All Progressives Congress, APC, and his running mate Kashim Shettima.

Shettima claimed that despite being one of the most hated Nigerians alive, Tinubu exemplifies great leadership.

He remarked on Tuesday in Lagos during Tinubu’s presentation of his action plan to the organized private sector and business community.

According to the former governor of Borno State, Tinubu is capable of elevating Nigeria.

He argued that no rival for the presidency could match Tinubu’s abilities.

“This man sitting here (Tinubu) is one of the most hated Nigerians, but believe me when I say that carrying a bag of cement is not the true sign of leadership.

We are not preparing for the Olympics, but rather for an institution that relies on a field of ideas and keeps track of accomplishments.

“I dare you to challenge me. Show me among the candidates for this country’s presidency who has the experience, track record, and of course, who has the intellect to catapult this nation to a higher pedestal.”

Following his selection as the APC’s nominee, Tinubu has been the focus of numerous accusations.

The former governor of Lagos State was charged with lying about his physical condition and accused of being physically unfit to lead Nigeria.

He was charged with running Lagos State’s finances like a drug lord.

It was claimed that Tinubu paid delegates money to cast his ballot during the APC presidential primary.

READ ALSO:  Families protested the alleged removal of their deceased mother's body parts at the hospital in Ibadan