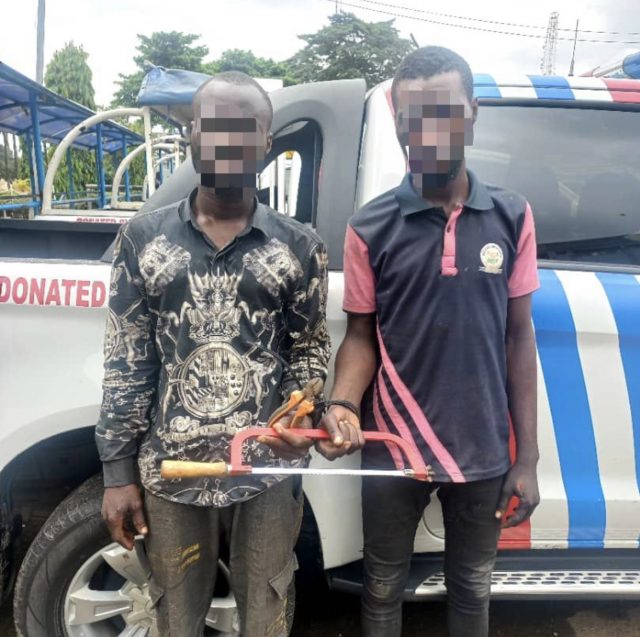 Two cable vandals have been taken into custody by members of the Lagos State Police Command’s Rapid Response Squad (RRS).

In Ikoyi, the suspects were apprehended while attempting to cut armored cables.

Early in the morning, Wasiu Olainukan and Habib Rasaq dug up cables that supplied the area’s street lights with electricity.

Investigations so far have shown that they were laborers employed on Banana Island.

When they were apprehended, the pair was found in possession of a handsaw and cutting pliers.

Further inquiry into the suspects has been ordered by RRS Commander CSP Olayinka Egbeyemi.

The State Criminal Investigation Department (SCID) in Panti has received custody of them.

READ ALSO:  If he wins, Atiku would undoubtedly move to Dubai because he feels at home there, according to Oshiomhole